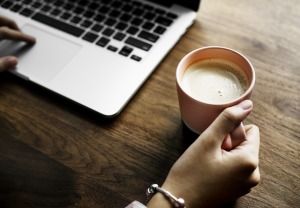 The national Observer newspaper in the UK recently ran a series called My Writing Day, where successful and critically acclaimed writers described their creative process in the course of a “normal” day. Presumably this is one during which they actually have time to sit and write rather than attend readings, signings, other marketing events, and so on. Their accounts provide a fascinating insight into the stops and starts, frustrations and occasional triumphs of getting work of literary merit onto paper – or rather onto screen.

Despite their marketing commitments, these great and good members of the literary community typically write full time, though some do take Creative Writing classes. However, for most writers the picture is obviously very different.

A survey of 2,500 writers in 2013 by Queen Mary, University of London, indicated only one in ten authors can afford to earn a living from writing alone. Also that the typical professional writer (note that’s ‘professional’ published writer), earned under £11,000 (around US$15.5k or 12.5 Euros) a year. Finally, the study noted 17 per cent of authors surveyed did not earn any money from writing at all in 2013, despite the great majority (98 per cent) of those having published work produced that year or available to purchase. There seems little reason to suppose this situation will have improved in the last half a decade.

So the majority of writers will have some other form of job (or live in penury or have a rich partner happy to support them). Jobs that may be but probably are not connected to the writing and publishing industry.

So what of the ‘writing day’ of the author trying to produce and promote their own work through the self-publishing route. We’re told, in bald terms, often, and by many sources, that most of us will fail. Certainly fail to make a living from writing, and likely fail to make more than a handful of sales and miniscule financial returns. Why so many indie writers are motivated to continue in the face of such doom is another topic. But here are some of the features of my “writing day”, which isn’t a writing day at all, but time squeezed and snatched between full-time work and a family:

On the morning train commute before 8.00:
– check a printed draft of writing for suggested re-writes and edits.
– Read someone else’s work I have promised to review.
In the weekday evenings:
– Do less writing than I had hoped.
– Put off re-writes and proof-reading until the weekend.
– Set up a promotion for a book that’s reduced or free, cross fingers there will be purchases, downloads, reviews, reviews that are not too awful… Someone might just read it…
At weekends
– Hurray, time to write… Try to block out time in amongst various other activities
– Write waiting to collect the kids from activities; make notes in the street; over a quick coffee…
– Put off re-writes and proof-reading.
– Plan not to check terrible sales and download figures but do it anyway. Yup, they’re terrible.
– Wonder whether I can afford to pay for any promotion and look for more free opportunities.
– Do less writing than I had hoped.

One of Stephen King’s five writing tips, “You need a place to write…” because “routine is your friend” and “…you need to make sure that your time there is protected,” makes me smile. In reality, time has to be snatched wherever possible and whenever possible. Rather than routine, a notebook is my friend, to take out and scribble in the most unlikely times and places.

I do enjoy writing, honestly; otherwise it really is time to stop. There are no lucrative reasons to continue. And keeping going is the only way to get better (as Mr King also advises). I just wish I had more time for it. A feeling that will evidently be echoed by the vast majority who seek to write.