A man stands on the deck of a boat on the vessel’s approach into Turkey taking a photograph, his wife smiling in front of the lens. “Stand slightly to one side dear, so I can get in Asia Minor behind you,” he says to her as he positions his camera. 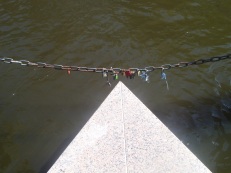 I read this traveller’s anecdote years ago, and it’s probably apocryphal, but it does tell of a couple of truths. It underlines the common desire yet also the futility of trying to capture ‘everything’ on record. It’s an understandable wish because we know such moments are fleeting: standing before a wonderful landscape or panorama in a sensually fulfilling moment, we want to catch and to keep it, to validate the memory of it. Yet it’s also futile because we know that we are unlikely to be able to capture the whole of such scenes in a single image. Some of our most unsatisfactory photos can be of the most breath-taking scenes because the snaps fall so far short of the reality. 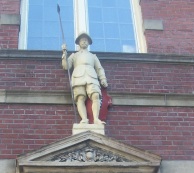 Hardware and technical skill aside, we do not look at still images in the same way we view an actual place, in the moment. In real life, focused on our main subject mid-snap, the amateur photographer often doesn’t see that telegraph wire stretched across the waterfront, the urinating dog in the corner, or perhaps does not even notice the thumb over the lens.

I have blogged previously about what a terrible photographer I am. I take little time and effort to improve, and insist on using the same little ‘snappy’ camera I have had for ages (partly for sentimental reasons as I have taken so many photos with it of the kids and places we’ve been over the years, and partly—probably—as an excuse for the resulting poor images).

To get around the let-down of my photos, I began the habit of mainly snapping details that summed up a trip somewhere rather than attempt to take entire scenes, landscapes, and famous sights. These may sum up a season, such as the outline of a sprig of desiccating cow parsley in autumn or frosted holly berries in winter, or of a particular place, such as those I shot last week on a recent trip, some of which are shown here. These may be fragments of architecture, they may be cultural clichés, but they each try to convey one of the many flavours that make up the entirety of a place and / or time. Either that or I try to ‘frame’ shots, through an arrow slit, doorway, crack in the wall… In other words, yet more zooming in.

In writing, common advice is to enrich work with carefully selected and sparing use of key detail in order that the reader may experience something we’re describing – the much repeated ‘putting the reader in the story’, to experience it from the story-teller’s or narrator’s point of view. 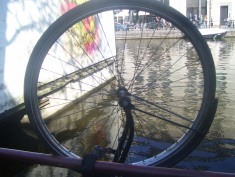 As in photographs, details ‘ground’ or position a scene in terms of time and location; they give a sense of place and mood. However, we can also risk ‘too much at once’, overdoing it with so much detail that nothing stands out, no clear signposts are given to the reader—and nothing is left to their imagination either. 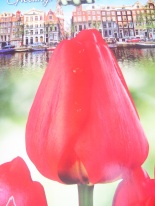 There were tangerines and apples stained with strawberry pink. Some yellow pears, smooth as silk, some white grapes covered with a silver bloom and a big cluster of purple ones… the dark table seemed to melt into the dusky light and the glass dish and the blue bowl to float in the air.

However, perhaps as a result of this personal fondness in literature, my own writing can get too ornate and exhaustive. In my case, it’s probably time for a new camera and a more dedicated attempt to capture ‘the full picture’. For all my weakness for detail, I can also admire the ‘minimalist’ writer, one able to summarise a scene or character in a few words. From the ‘less is more’ school, I guess.

Hey, stand to one side while I take my wide-angle shot of the Grand Canal…

20 thoughts on “Ready for your close-up?”