The title of this post does not describe a cross between a pair of bunnies and a bettong, nor a fur-lined bishop’s headdress, nor a sex toy, or a cunningly rolled spliff…

No, as those who know something about joinery will already appreciate, a rabbet mitre  is a type of joint or bond created by making stepped recesses for two pieces of wood to interlock tightly together.

Now, stay with me here, because even more mundanely, my randomly spotting this reference written somewhere inspired me to go back to an earlier writing draft. It seemed the sort of thing one of my characters, a carpenter, an artisan, might talk about (okay, I am not selling this guy – he’s lovely, this character, honestly – not boring at all!). It was also a reference that held the potential to be a metaphor.

This started me thinking. We’re all aware that ‘big’ experiences can inspire writing – life-changing events or relationships; travel; global or historical events; a philosophical concept; myths and legends; a famous painting; an entire life’s biography. Then there’s the ‘ordinary people facing ordinary events’ source of ideas. But what about the small stuff, how can that inspire?

Writer Daniel Handler, aka children’s author Lemony Snicket, for one, has claimed to gain initial inspiration by noticing every-day things around him, then putting his own spin on them: “I’ll have some idea or see something or an event will strike me in a certain way,” he has said. “I’ll string it along immediately and think of where it could lead and where it could go. I think of a story.” [1]

Jennifer Egan found her “entry point” for her Pulitzer Prize -winning novel A Visit From the Goon Squad (2011) in a seemingly similar sort of way. In a hotel bathroom, she glanced down to notice a wallet lying exposed in a woman’s bag. She then made a “fictional leap” to imagine who might take the wallet, and why[2]. This anecdote makes its way into the first chapter as the doorway for the story, too: ‘Inside the rim of the bag, barely visible, was a wallet made of pale green leather. It was easy for Sasha to recognize, looking back, that the peeing woman’s blind trust had provoked her…’ 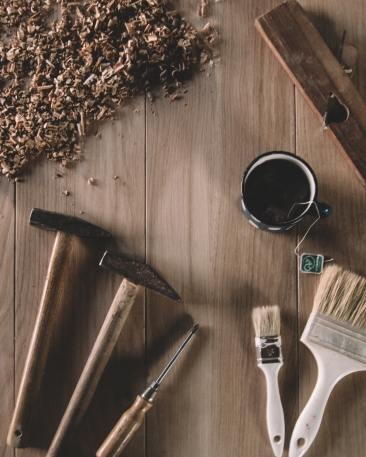 In fact it’s a common writing exercise, to warm up ideas or as a way to get past writer’s block, to begin with an every-day object. Then describe it; assess it; imagine its history; perhaps personify it, writing from its perspective and giving it a voice…

After all, ‘inspiration’, quite literally, is ‘the act of inhaling’, the opposite of exhaling, a taking in of air – or feelings, sights, sounds, smells, atmosphere, impressions… In Middle English, ‘inspire’ was used, too, to mean ‘breath or put life or spirit into the human body’, in the way, perhaps, writing can bring someone, something, or somewhere to life.

And so a final word from veteran children’s and YA writer Judy Blume, who said: “Ideas come from everywhere–they come from what you see and hear and imagine.”

Do you get creative inspiration from the small and everyday things around you?
References
[1] Josee Smith ‘Lemony Snicket shares inspiration, advice for storytelling’ in The Stanford Daily, 10 October 2013,https://www.stanforddaily.com/2013/10/10/lemony-snicket-shares-inspiration-advice-for-storytelling/
[2] Christian Du Chateau, ‘How the Goon Squad came to be’ CNN, 24 April 2011, http://edition.cnn.com/2011/LIVING/04/24/author.jennifer.egan.interview/index.html
Photo credits
Clem Onojeghuo from Pexels
Milan Popovic on Unsplash